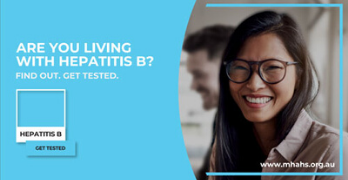 People from diverse communities are being urged to get tested for hepatitis B as part of the 2020 World Hepatitis Day campaign by the Diversity Hub’s Multicultural HIV and Hepatitis Service. The Are you living with hepatitis B? Find Out. Get Tested campaign aims to raise awareness of hepatitis B testing and treatment in Arabic-speaking, Chinese-speaking, Korean and Vietnamese communities living in NSW.

World Hepatitis Day rightly refocuses our attention to viral hepatitis work and urges communities to take care of their health by asking their doctor for a hepatitis B test, according Barbara Luisi, Director of the Diversity Programs and Strategy Hub.

“We have made a lot of progress towards eliminating viral hepatitis from the world. While COVID-19 has had an impact on most essential services, we have also worked hard and adapted how we promote our hepatitis B testing and treatment services in the community,” said Ms Luisi.


Funded by the NSW Ministry of Health, the Are you living with hepatitis B? Find Out. Get Tested campaign features multilingual print and digital resources developed in consultation with communities urging them to get tested for hepatitis B.

The campaign will run across key community print media and radio with promotions across relevant social media channels. 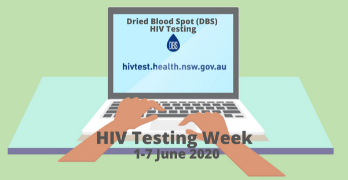 This HIV Testing Week (1-7 June) is calling for people to know their HIV status despite the ongoing COVID-19 pandemic. Aimed at helping people find out their HIV status, the campaign urges people including those from diverse cultural backgrounds, to get tested for HIV.

HIV testing is a vital first step to tackling HIV, according to Barbara Luisi, Director of the Diversity Programs and Strategy Hub at Sydney Local Health District.


“HIV testing can put people in control of their HIV status. Where a test is positive, effective treatments mean people can live a long, healthy life and are less likely to pass on the virus. Regardless of the test result, testing also helps make people HIV aware, giving them the facts and confidence to prevent new infections, and ultimately putting an end to HIV,” said Ms Luisi.

HIV Testing Week is promoting awareness of a HIV home testing kit called, Dried Blood Spot (DBS) Test, which allows people to order a free self-sampling kit online, take their sample in the privacy of their own home and send it to a laboratory for testing. You do not need to go to a clinic or doctor to do this test. Testing kits can be ordered from http://www.hivtest.health.nsw.gov.au which also has information in a range of languages including plain English.

The DBS test results are kept private and confidential.

The Multicultural HIV and Hepatitis Service is supporting the campaign by undertaking an ethnic media campaign to promote DBS HIV home testing across eight languages. 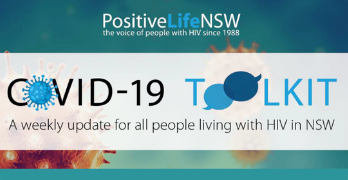 The weekly digital publication is for people living with HIV, their supporters, as well those who work in the NSW HIV sector. The toolkit contains articles, tips, factsheets and practical resources as well as links to relevant services for those who need support and live in NSW. 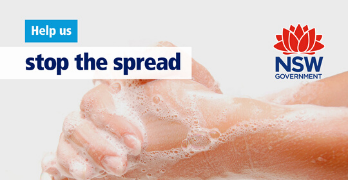 As efforts to mitigate the effects of the COVID-19 ramp up, health services across NSW are looking to provide the most up-to-date information to our communities to combat the virus. To help reach diverse communities, our team of Cultural Support Workers (CSWs) are actively involved in developing culturally appropriate information on behalf of both NSW Health and Sydney Local Health District.

The team is proud to be part of this collective effort, according to Barbara Luisi, Director of the Diversity Programs and Strategy Hub.

“We are proud of our diverse team and thank them for working closely with key health agencies to provide timely and up-to-date information so we can keep our communities safe,” said Ms Luisi.

For more information about COVID-19 and to download multilingual resources visit https://www.health.nsw.gov.au/Infectious/diseases/Pages/coronavirus.aspx