MHAHS of the Diversity Programs and Strategy Hub works with communities within a community development framework and recognises the best and most appropriate responses to health issues come from the communities themselves.

Our approach is also based on the principle that understanding the impact of culture and language on health is central to improving health literacy and community access to health services.

As culturally and linguistically diverse communities often experience health care inequities, it is important that programs are targeted and culturally appropriate.

By engaging and working in close partnership with communities and other key services, we are able to implement a range of health promotion strategies that respect cultural values while building community capacity and reducing the impact of HIV and viral hepatitis.

When determining which communities to work with we take into account a range of data including global prevalence rates, NSW notification data, local demographic profiles and migration patterns, as well as considering the burden of disease, community need and community infrastructure.

The projects aim to increase community awareness and understanding of the virus, increase access to testing and linkage to care, as well as reduce transmission and discrimination towards those living with the virus. 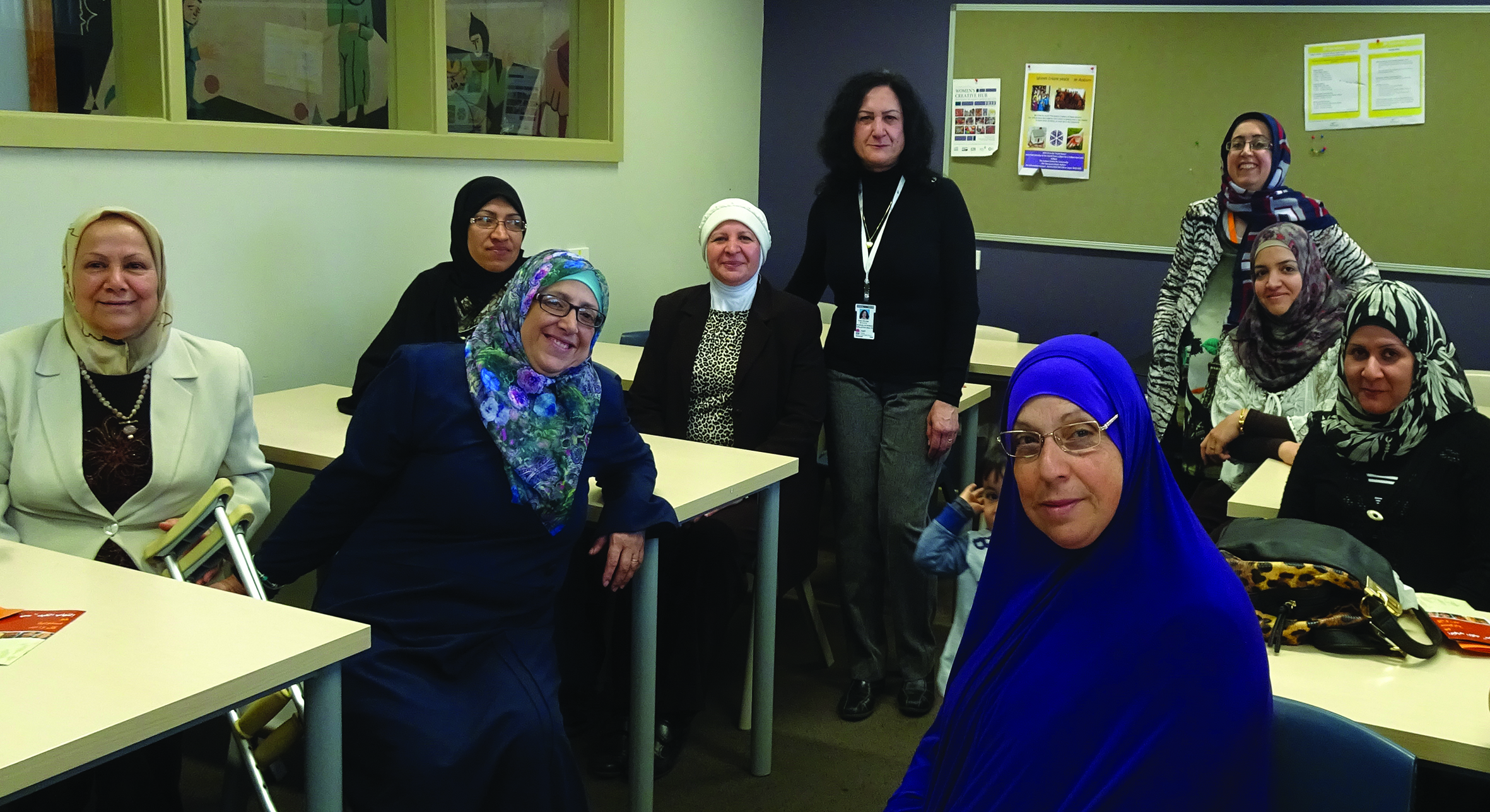 Since the beginning of 2017, the Arabic Community Development Project has brought a series of information sessions to communities around Sydney, reaching over 200 people with information about hepatitis C testing and treatment.

Drawing on the networks of community leaders and health professionals, these hepatitis C information sessions forums have been held in a wide variety of settings, including awareness sessions programmed specifically for health care professionals working with Arabic-speaking communities.

Arabic newspapers in Sydney have run several stories based on comprehensive press kits prepared by the MHAHS.

Interviews with Dr Ramsis Gayed, a GP in Liverpool, and hepatitis C positive speakers have been picked up by local Arabic print media and by community radio networks. In an innovative approach to health promotion, these interviews were pre-recorded by MHAHS staff and community audio professionals and delivered widely across radio networks as complete audio packages.

The Vietnamese Hepatitis B Project

Training sessions for GPs of Vietnamese backgrounds were held twice across Sydney, drawing over 40 doctors and nurses.

Education sessions to share information about hepatitis B among Vietnamese communities were held in Bankstown, Cabramatta, Marrickville and Canley Vale.

Vietnamese New Year (Tet Festival) was also a time to raise awareness about hepatitis B, with stalls at Fairfield Showground.

A Vietnamese cultural awareness session held at RPAH was warmly received and sparked a request for further sessions with the RPA Women and Babies Department.

Vietnamese radio and print media outlets picked up stories and interview packages about hepatitis B, delivering information across a broad spectrum of Vietnamese speaking communities in Sydney.
(here)

The MHAHS recognises that engaging culturally and linguistically diverse (CALD) communities is central to effectively tackling hepatitis B. For this reason, in 2013 the MHAHS called on leaders from affected communities to form the Hepatitis B Community Alliance. The Alliance is a community-based group, supported by the MHAHS, which aims to improve hepatitis B health outcomes in priority CALD communities.

Since its formation, the Alliance has grown from strength to strength. Its membership spans more than 13 communities, including the Arabic-speaking, Chinese-speaking, Greek Indonesian and Vietnamese communities. The Alliance works in partnership with community leaders, Local Health Districts, Primary Health Networks, Migrant Resource Centres and the ethnic media.

To date, through the Alliance, the MHAHS has provided education sessions to more than 1000 people through our community education program and trained more than 200 community workers. Upon request, our trained educators can provide culturally appropriate, up-to-date information and skills for responding to issues relating to hepatitis B. Sessions can be tailored for different group sizes and session durations. All our training and education is provided free of charge.

Members of the Alliance participated in the 2014 and 2015 World Hepatitis Day/Hepatitis Awareness Week campaigns and received coverage in various community media including the Arabic, Chinese, Indonesian, Italian, Korean, Sierra Leone and Vietnamese media.

In 2015, the Alliance is implementing a media campaign including a series of stories to increase awareness of chronic hepatitis B in priority communities. The stories involve the perspectives of community leaders, health care experts, as well as people living with chronic hepatitis B.

The Alliance has also explored strategies to bring hepatitis B testing to the community. In partnership with key agencies, an outreach testing clinic was trialled with the Indonesian community at a key community event to huge success.

The Alliance organised a #ConnectingForAction2016 Hepatitis B forum in Bankstown on 4th of May in order to bring health care professionals together with the leaders of the communities affected by the epidemic.

At this meeting the Alliance moved to promote Hep B. Could It Be Me? Ask. Test. Treat. message, working specifically with Arabic, Vietnamese, Chinese, Korean and sub-Saharan communities. Communication strategies such as community forums, ethnic media campaigns and information stalls were planned for key areas.
The MHAHS was to facilitate activities and provide trained bicultural Community Support Officers and to work with community organisations and Local Health District HIV and Related Programs (HARP) units.

Establishment of the Indonesian Health Committee of NSW

The first community health forum organised by the health committee was held in September with approximately 25 community members attending a session about HIV. A HIV positive speaker was invited to share their experience of living with HIV and the challenges of confronting stigma and discrimination because of her HIV status.

In November 2014, the MHAHS conducted the first ever Indonesian community hepatitis B screening clinic. The pilot clinic, held in Alexandria where Indonesian community members meet on a weekly basis, was a huge success. Three 'nurse stations' were set up for testing, while the usual social aspects of the gathering continued. The initiative was a partnership between the MHAHS, IndoCare, Inner West Sydney Medicare Local and Royal Prince Alfred Hospital Liver Centre.

The project delivered nine community education sessions in different parts of Sydney Metropolitan area with 350 participants. Delivered in Indonesian, the sessions covered basic information about testing, transmission and care. Participants were highly engaged with the topic, with evaluations showing increased knowledge of hepatitis B.

To increase reach within the Indonesian community, the MHAHS conducted interviews with SBS Indonesian Radio and Indonesian radio station ‘Duta Nusantara’. Four articles on hepatitis B were published in local Indonesian newspapers, ‘Indomedia’ and ‘Buletin’.

At the MHAHS, we recognise the most appropriate responses are identified by the affected communities themselves. Throughout the project, we consulted widely with community organisations, community leaders and business owners. A Community Advisory Group was established to advise and support the implementation process and ensure activities were culturally appropriate. 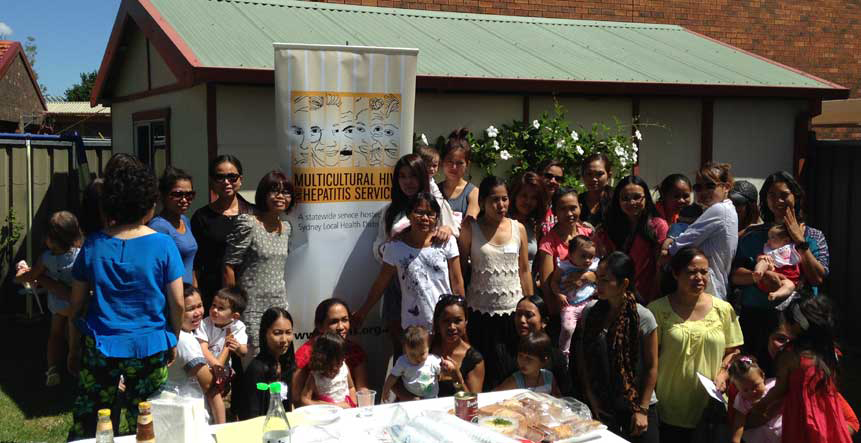 In response to these findings, the MHAHS initiated a 12-month project to increase the capacity of the Thai community in NSW to respond to HIV by:

The project delivered eight community education sessions in different parts of Sydney with more than 200 participants. Presented by Thai-speaking staff, the sessions covered basic information about testing, transmission and treatment.

The project participated in two major community festivals: the Thai Candle Light Festival and the celebration of the Thai New Year. More than 2000 safe sex packs and 500 fortune cookies with HIV messages in Thai language were distributed to community members.

To increase reach within the Thai community, the MHAHS conducted a series of radio interviews with SBS Thai Radio and 2000FM Thai Smile Radio. This opportunity was used to discuss basic information about testing, transmission and treatment as well as to challenge stigma and discrimination towards people living with HIV.

At the MHAHS, we recognise that the most appropriate responses are identified by the affected communities themselves. Throughout the project, we consulted widely with community organisations, community leaders and business owners. A Community Advisory Group was established to advise and support our Project Officer in the implementation process and ensure activities are culturally appropriate.